Week 1 : The Most Important Players For A Good Season 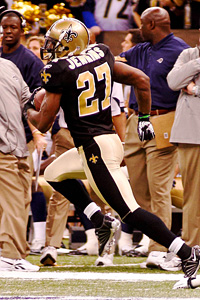 Tomorrow night the Saints play the Green Bay Packers to open the NFL season. I’m not going to kid myself into thinking this is a good way to start the season. Green Bay is a very good team. Their quarterback is an assassin. It doesn’t surprise me that so many people are picking them to repeat. I would rather open the season against the Bengals. That way if our defense isn’t quite ready we won’t get destroyed on a Thursday night when the whole country is watching. I’ve been through that once before against Peyton Manning and it wasn’t fun.

Win or lose there will still be 15 more games left. When I look at the season as a whole it’s difficult for me to figure out what I think the Saints record will be. This is not the same team that won the Superbowl two years ago and changing the roster is cool if you are getting younger and more talented but honestly I am not sure if that’s the case. I think we have a good team this year but how far we can go depends on a hand full of guys. Here are the most important Saints players other than Brees and Vilma in order of catastrophe if they get hurt or don’t play well.

1.    Malcolm Jenkins: He’s the most important person on defense besides Jonathan Vilma. Chase Daniel can hand the ball off and make a few throws if Drew gets hurt. We learned the hard way at the end of last year that if Malcolm Jenkins gets hurt the season is lost because there’s no one remotely close to his level of play. If he’s not in there it’s the Seattle playoff game all over again.
2.    Zach Streif : We won’t have to wait long to find out if our right tackle spot is going to be trouble all year. I think Jon Stinchcomb being cut had more to do with his physical skills declining than with Streif getting better. Nevertheless he’s got to play well because I think Charles Brown who was drafted in the second round of last year’s draft is a bust.
3.    Shaun Rogers: I wasn’t as excited about this signing as everyone else seemed to be. It just seems like his career should be better than what it has been. Plus he’s played for Cleveland and Detroit and I am not sure if he’s got a lot of concern for winning.
4.    Will Herring/Scott Shanle/Jonathan Casillas/ Martez Wilson: The two starters at outside linebacker coming out of a combination of these four guys have to be able to cover tight ends and make some plays. I thought this was the weakest spot on the team last year and it is again.
5.    Garrett Hartley and John Kasay: Last year one missed kick against Atlanta at home ended up being the reason we were playing in Seattle instead of having a home playoff game. Now Hartley’s hurt and our kicker is a 40 year old veteran who broke my heart so many times with the Panthers. Let’s hope he still has the leg and that it doesn’t come to him having to make a big kick before Hartley comes back. If he does have to make one let’s hope it doesn’t look like his kicks in preseason.

I don’t see any middle ground this season. We either going to win 11 to 12 games and win the division or we are going to win 5 to 6 and get young kids ready for next season. I am not going to make a prediction on the record because I want to say 12-4 but that’s more of my heart talking than anything. I’m just going to take this season week by week and see what happens.

You shouldn’t put much stock in preseason games but going by what I saw I want to say that the Packers will win tomorrow night’s game 31-21. However as a diehard fan, if you can’t be positive about the first game then when can you? I’m going with my heart and say Saints 27 Packers 21. That would be a great opening night. A good opening night would be a close came without Clay Matthews or Charles Woodson killing Drew Brees and Malcolm Jenkins not getting hurt.

I still haven’t decided on my new lucky game shirt since I burned the other after the Seattle wildcard game last year but I’ll have one by game time. I hope I don’t have burn this one too.