Another Summit To Save Our Sons 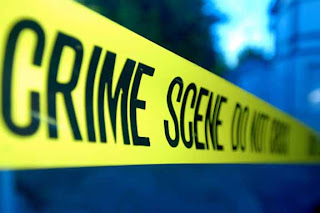 Tomorrow morning at 10:00 AM the city of New Orleans will host a crime summit hosted by Mayor Mitch Landrieu. It’s called the “Saving our Sons Crime Summit”. Somehow I didn’t hear about this summit until this week and I made other commitments for Saturday morning so the city will have to forgive me if I can’t attend. I promise to make up for it by doing something productive.

I really want to try and make it because I am interested in seeing how things go with the mayor involved. I went to the last meeting of the minds at Cohen High School and listened to men give passionate speeches about what’s going on in the streets. I remember that night well because there was a period when everyone went out into the hall where tables were set up to sign up for different things that would help out. I signed up for a mentoring program and the people never called me. I would put them on blast and mention their name but since they never called I can’t remember. I ended up working with the Volunteers of America Mentoring Children of Promise program and I will be getting another little brother as soon as work isn’t so hectic so I can give him some real time.

That’s just a personal issue with that particular part of the last meeting. In general I support the summit. My only concern is that the message there makes it to the kids that actually seem to be in danger. The people who show up to crime summits are usually not the ones that are going to do any crime in the first place. Maybe with the mayor involved the conversation will lead to a plan that will get the message into the closed in subculture of our city that probably has no idea there’s a crime summit going on because they are too busy focused on doing their own crimes. Those are the kids we have to get into some programs even if we have to force them into them.

Mayor Landrieu has an underrated gift in how he communicates with people from all walks of life in this city. I think its part of the reason that although nothing has changed when it comes to influence and opportunity we haven’t seen any major public battles like we used to see when Ray Nagin was mayor.  If there is one thing to make me change my plans and go it will be to see if the mayor can’t stand up there and address some of the issues that need to be addressed to change some of the behavior of young men in this city. I want to see if the mayor can stand up there and tell those folks that if they just took responsibility for their kids and themselves that would cut the crime rate in half instantly without everyone getting offended and losing sight of the real purpose of being there. If he can pull that off there will be no need for anyone to run against him in when re-election time comes.
Posted by Clifton at 9/16/2011 08:50:00 PM

I know that you fight for our youth and you believe in making sure they are equipped for the future. There is a powerful life changing book called FREE? that will bless ALL who reads it, I highly recommend this book. You can learn more about the book at www.booksbysenoiamoor.com