What I Would Do To Solve The Budget Crisis 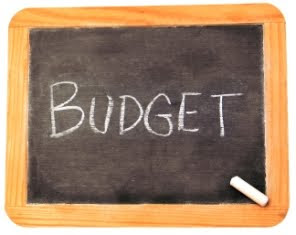 I’ve been following the debt ceiling debate and I keep hearing everyone talking about all the spending we are doing as a country. It’s supposed to be trillions of dollars we are kicking out with no regard to the deficit. I’m not saying anyone is lying about that. It’s just confusing because it seems like all I read about is state and local governments cutting everything because they don’t have money. Some governors like Scott Walker in Wisconsin said he had to take away collective bargaining rights from his employees just so cities and programs in his state could fix their budgets. If we have more spending that ever before then why is this necessary?
I broke my rule about not reading comments after reading stories on this topic because I wanted to see what other people were thinking about it. It seems to me like once of the biggest problems we have right now is that almost everybody agrees that we need to fix the problem but no one really knows exactly what we are spending money for. One person thinks we should stop foreign aid. Another person may say stop giving money to support illegal immigrants. Another person may blame the debt on housing subsidies and aid to the poor. The question we have to ask ourselves is that what happens if we cut every program that did any of those things and the debt was still out of control? I’m sure there are many people that think if you cut out these programs it would rescue the country from financial ruin and save their Social Security without any new taxes but I don’t think that’s true.
When Governor Jindal in Louisiana took office he started cutting money to all the social service programs and many in this state were happy but as we are finding out those programs were just a drop in the bucket of the state’s budget and now we have to make harder choices. I think this may also be true in America as a whole because the president can’t be willing to discuss cuts in Medicare and lose his advantage in that argument unless he knows that’s the only way to fix the budget without upsetting the big campaign donors and lobbyist by raising taxes back to where they were before the Bush tax cuts.
I think the solution to this problem is for the public to get a complete breakdown of exactly where our money goes. I know you can go online and probably find that but it needs to be broken down clearly for everyone that doesn’t have the time to do a lot of research can pick up the paper and read it. I'm not talking about a pie chart with general categories like defense and discretionary spending because those are vague enough to be used to fool the public. I'm talking about a program by program dollar amount. I don't think that's an unreasonable request since the future of the country is at stake and we are passing massive debt to our children and grandchildren. I want to know where the money's going so I can tell my grandchildren why grandpa doesn't have Medicare.
We should look at just how much do we spend on farm subsidies, defense contracts, foreign aid, social programs, infrastructure, and everything else that depends on federal dollars. We can throw in there how much money we take in from revenue and how much we miss out on because of tax loopholes and other breaks. Our government should make that public and give everyone two weeks to study it. Then, the leadership in Washington should all get together for a public meeting broadcast in prime time and have a serious discussion about what to cut and how to increase revenue. Having the debate this way with all of the information out in the open would eliminate the rhetoric and divisive tactics.
For all we know the government could be spending more money to build an amphibious drone robot to fight the war on terror than we are on all the social programs put together. We need to make decisions based on all the money we spend and not just the few things that get discussed in the media. Maybe if we did it my way we would find that there's enough money coming in to take care of one another but we are spending it on things that no one in any tax bracket think makes a lot of sense. Maybe there's not enough money but at least after we look at everything and need more revenue people won't think it's going to buy poor people new cars or something silly
If this happened it would bring Americans together for a discussion based on facts and not rhetoric. It would probably end political talking points on both sides. It would straighten up the budget for real and expose the power of lobbyists leading to serious reform that the public would demand to keep this situation from happening again. Since all the good things I just mentioned are the same reasons that the powers behind the scenes would never go for it, I guess I am going to stick with my position based on self preservation like everyone else and say TAX THE RICH! I don’t hate rich people or spend any time worrying about what they have but since we haven’t been giving any options besides taxing them more or destroying our own safety net it leaves me with no choice but to pick the side that's going to benefit me.
If you made it to the end of this I would like to invite you to read this post by Drake. It describes exactly how I feel about this debt ceiling drama.
Posted by Clifton at 7/24/2011 05:53:00 PM

"I think this may also be true in America as a whole because the president can’t be willing to discuss cuts in Medicare and lose his advantage in that argument unless he knows that’s the only way to fix the budget without upsetting the big campaign donors and lobbyist by raising taxes back to where they were before the Bush tax cuts."

OR - the Changeling could just be playing a game of "get-me-re-elected in 2012" chicken, to make himself LOOK good, while making the Right look crazily unreasonable (which they are) by offering up cuts to Medicaid and/or Social Security (I'm with Drake - FICA got a cut of my paychecks from age 14 on. What? I pay in, the government puts in IOUs and uses it for war or whatever the hell they used it for - and now you wanna talk about cutting my shit!), in exchange for tax hikes to which HE KNOWS Republicans will never agree, given the "Pledge" they all signed which included - "Stop job-killing tax hikes."

If they give in to the tax hikes - they lose their base. If they don't, the rest of the country can blame them, and the Changeling comes out smellin' like a rose - even though he's no different than they are (signing into law, the maintaining of those Bush tax cuts for the wealthy and all)!

Clearer explanation than mine here: http://www.alternet.org/news/150642/glenn_greenwald%3A_why_do_we_assume_obama's_actually_trying_to_enact_a_progressive_agenda/?page=1

Good strategy - if you're Nero, fiddlin' while Rome burns, or in his case, a megalomaniac, politrickin' while po'folk starve (until election time that is).

Question: When John Q. Public gets a line of credit (debt ceiling), and he, for whatever reason, is unable to make payments on that line of credit; how often does the holder of that note offer John an increase in his credit limit (so he can spend some more) before said noteholder cuts his ass off and turns him over to a collection agency?

If people knew and understood how their tax dollars are spent, the whole debate changes considerably.

I think the solution to this problem is for the public to get a complete breakdown of exactly where our money goes.

A part of this can be found here.

But that's not the whole story, as states and municipalities also collect taxes from things like property and sales taxes. One reason the states are out of money, for example, is because the real estate bubble ended up collapsing property values nationwide (more supply + low demand = falling prices), which kneecapped their revenues.

And those calculations do not show the amount of revenue that is lost to subsidies and tax breaks for things like agriculture, the airline industry, or oil exploration.