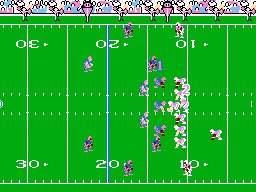 It might be an understatement to say that so far 2011 has been my best year from an attitude standpoint. I haven’t been a happy person. I thought I had writers block but I realized that I just didn’t feel like posting about 90% of the things going on because all of my opinions kept coming back to “people are stupid”, and “this is a dumb ass idea”. No one wants to blog those conclusions over and over. People get tired of reading negativity all the time. I get tired of feeling it. That’s why I can’t wait until football season starts.
I know the NFL is close to getting their collective bargaining agreement worked out and even though they are the highest level of the best sport in the world I wasn’t just talking about them. I’m ready for pro football, college, high school, little league and any other level in between those. I want to be distracted by something that feels like a life or death situation but it’s really not.
I make no apologies for being totally obsessed with the sport during the season. My daily routine is packed with enough responsibility to make up for the four or five hours of TV and Internet I devote to football once I get home. It takes me back to being a little boy and stuffing towels in the shoulders of my Spiderman pajamas for pads and running touchdowns like George Rogers and Dalton Hilliard through my shotgun double house. That’s where my mind goes when the game is on. I can block out debt ceilings, budget cuts, failed hospital plans, bills, crime, my parents aging, the kids education, levee protection, hurricane season, job security and all the other things that make me want to drink and cuss.
I can’t wait to go to the park around the corner and watch the kids play during the week. I can’t wait to catch a high school game on Friday and hope Clark High School makes it to the playoffs. I can’t wait for SEC football on Saturdays and the week Les Miles calls a triple reverse on fourth down. I can’t wait to watch an Alabama game and wonder what Nick Saban says to those parents to get them to send their sons to play for him without any violations. I can’t wait to see Nebraska in the Big 10. I can’t wait for the prime time game on Saturday Night when Brent Musburger (the greatest announcer ever) says “You are looking live!”
I can’t for the opening Thursday night game when the Saints send Green Bay a message that we won’t go quietly and we want our title back. I’m looking forward to the media still keeping the Brett Favre flame lit until about week 10. I’m ready to enjoy a Bart Scott interview like this one. I’m ready for secret man crush on Troy Polamalu and Ed Reed to continue while wishing they were Saints. I’m ready for Malcolm Jenkins to end my man crush with both of them and make me glad he’s here in New Orleans instead. I’m ready to tell everyone how overrated Matt Ryan is. I’m ready for giving ready Bush one more chance and being one of the few people left on the bandwagon. I’m ready for Drew Brees winning his second MVP and beating Ray Lewis and the Ravens in the Superbowl.
September can’t get here fast enough. I just hope the government isn’t shut down by the time the season starts and there’s no money coming in to cover my paycheck. That situation would put football to a test not seen since Katrina.
Posted by Clifton at 7/13/2011 10:03:00 PM

"I can’t for the opening Thursday night game when the Saints send Green Bay a message that we won’t go quietly and we want our title back."

That side eye having been given, I'm going into football withdrawal myself.

Damn, you're almost making me into a football fan myself.