Send Robert To The Hole 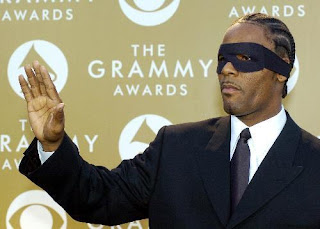 I am aware the R. Kelly trial has finally started. While I don’t read the stories I do watch the headlines because I keep waiting for the big rally. I am waiting for Al, Jesse, Oprah, the NAACP, T.D. Jakes and everyone else to be marching back and forth in front of the courthouse steps with a big ass sign that says “FU$K R.KELLY! GIVE HIM THE MAX!” I wish the entire jury was black and it took five minutes to come back with a guilty verdict. I wanted to be the jury foreman. It’s time to set an example and R. Kelly is the perfect target.

That’s going to be hard to do since he comes on the radio every five minutes. What do you have to do besides being a conservative Republican or criticizing Barak to be ostracized by black people? I am not blaming R. Kelly for all the emotional and physical scars black women have. That’s been happening since we got here. What I am trying to say is that if we keep talking about wanting to change the direction of the community, sooner or later we have to throw someone to the lions to show we are serious. Why not Robert since we already saw the evidence that he’s guilty? I’m just saying…..It’s on tape and people bought it and watched it! To make matters worse, he’s actually gotten nastier with his music and recording songs for a younger audience since the tape came out. I think that he thinks that we think that everything is ok. That must be why he wanted more black people on the jury.

Almost all black Americans live vicariously through a public personality. We may not obsess over them or even admit it but we look at their accomplishments as our own. The personalities themselves may not say it publicly but they know too. Don’t think Beyonce doesn’t realize millions of sisters live that glamorous life along with her or Oprah doesn’t know she’s a symbol of power for the same group. What does that say about us if we let this pedophile who pisses on babies run all over the globe in public like he’s the greatest thing since Otis Redding. How are we going to protect these angels and teach them how to respect themselves and their bodies while listening to Feeling on Your Booty in the car on the way home?

I just don’t understand. I get the same feeling when I see some grown jackass in a work truck slowing down to whistle at a girl in her high school uniform. She may be built like she’s an adult woman but she’s not and it’s not her job to know better than to mess with you. She’s the child. If there is one action we should have zero tolerance for it’s this kind of stuff. The only other people who should be on trial with R. Kelly is that girl’s parents who let her alone with a grown ass freak in the first place. If a grown man would have been alone with my sisters in their teens, my only concern would have been what medication would have stopped my dad’s psychotic rage long enough to tell him the guy was dead and he could stop punching.

You may think I am hating on R. Kelly and you would be right. Raising girls will do that to you. You should be hating on him too. What if he wasn’t the Pied Piper of R&B? Think if he was just Robert who installs cable in the neighborhood and you saw a tape of him having sex with a young girl who wanted free movie channels. How would everybody feel then? Everybody would want to chop his nuts off. It’s no different since he’s famous. Actually, it might be worse.

This is dedicated to the sister who wrote the piece that made me delete all my R.Kelly music a few months ago. I wanted to give her credit but I looked on every computer I have and used every search engine and I can’t find the damn thing. That’s unfortunate because her words really moved me.
Posted by Clifton at 5/22/2008 12:03:00 AM

Thank you...from the little girl who had the body of an adult woman who was taken advantage of by a jackass in a work truck.

R Kelly needs to pay for messing with little girls. Parents need to take responsibility for these fast ass lil girls also. You are correct he is the adult and they are the kids. We have to be honest he isn't riding around schools or parks looking for children. These wanna be grown girls who apparently aren't being taught their worth at home are not acting like innocent children. I know society agrees with who or what they want. R Kelly needs to pay for messing with underage girls. I can't get rid of my music just yet. I am guilty of attending his concerts. I guess I can listen to his music because I like R Kelly the Musician and not the MAN! Just my thoughts and opinion.

Coverage of the trial is here:

Man, I'm 100% with you on all you wrote but the second anonymous comment is real. As long as we don't show our daughters real "Mominem" love, teach them their true worth and value in this damn world - the R. Kellys, the jackasses in the trucks, the teachers in their classrooms, the boyfriends or husbands of women to whom they are close will always see and exploit the voids. Throwing him "to the lions" will not change that - trust me.

While she may well be the child, she likely - at age 14 - is not having child-like feelings when her worth, other than the physical, is questioned and belittled at every turn. Looking for love in all the wrong places is legion for women who cannot or do not find it in the right place.

Let's put this into perspective: When all she sees is the "dolla bills ya'll" that a Beyonce rakes in parading her womanhood like an ATM and singing about all the same feelings this "child" is feeling but nobody is talking to her about AND seeing how the boys are lovin' it - it's easy to see how the "child" can get caught up! That is the materialistic world in which most of these children are raised. Oprah's constantly talking about how rich she is, how much money she has, is not always a positive influence on our girls. Particularly since she kicked them to the curb, opening a "Leadership Academy" in South Africa, thumbing her nose at the girls right here who could use some female leadership.

Yes, without a doubt, Robert is wrong. But we parents and members of the "village" have to own our own part in the availability of our daughters. We must recognize and fix our own shortcomings as it relates to our children - male and female.

I remember having a conversation with my oldest son (now 26) when he was 19 about the lyrics of songs he could not listen to in my house. He said to me, "Mommy, what is the difference between what I'm listening to and what that Clarence Carter guy is talking about on that song, Strokin' that I see you and your aunts and uncles dancin' and havin' a good time to?" I fumbled and tried to recover so I could take it to the posts by saying some shit like, "It's not as explicit." That was bullshit and he smelled it.

We've got to be real with these kids Cliff. We can't hang onto that, "Don't do as I do, do as I say" shit. They're way smarter than we give the credit for and belive me, it'll come back to bite us in the end. And don't think for one minute that the R. Kellys or the men in the trucks won't be waiting. I'm just sayin'.