Sittin On My Porch Part VIII 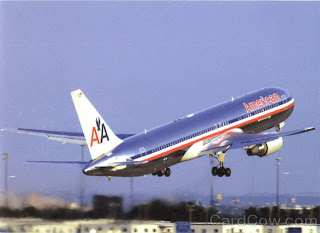 It was a rough weekend and it’s been a rough week so far. The primary reason is that I can’t shake this cough. I missed both of the festivals this weekend. The other reason is that ever since someone stole my bankcard and went on a shopping spree my financial clock is off and it seems little things keep happening to keep me broke. I am flying on American Airlines Monday and I can’t find the inspection report on the plane I am flying on. Gas is 3.22 in New Orleans and people were wearing jackets this morning in mid-April. Last but not least, I can’t figure out what is making my face break out like I am 12 years old again and the fact I am obsessing over it so much is making me depressed. I guess I shouldn’t sound like that. The new season of Deadliest Catch started tonight. Plus, my oldest friend Big G just got his vocational degree and worked his way from the street life and trouble. That overrides all of that. Too bad I am about to kill that heartwarming story with this other foolishness.

The more Bob Johnson from talks the more I am starting to wonder if Mrs. Johnson was the real reason he made all of that money.

I have a question for the FBI. When are we going to see some local white politicians arrested for corruption? Look, I don’t feel sorry for Derrick Sheppard just like I didn’t feel sorry for Oliver Thomas. The amount of money between both of their cases isn’t twenty thousand dollars. We are lacking too many things and have missed too many opportunities for this kind of thing to have started with Pampy. White people in this city control too much money to not get some of the under the table money too. Speaking of Pampy, whatever happened to the money he delivered to Una Anderson’s husband when she was on the school board? I read that in the Times Picayune so I know it’s true.

Brothers, it’s time to stop looking so pissed off. I went to Wal-Mart this weekend and every cat in there was looking at me like I am the one who shot their cousin. I know we live in a rough city but did you ever stop to think we might be making it rougher by always looking to kick the next brother’s ass? Besides, most of the guys who look all angry were walking with women that had three shopping carts full of groceries. If I had enough money these days to buy one full basket I would not only be smiling. I would be doing the running man in the check out aisle.

Sisters, you know there is nothing in this world I adore more than you. Please forgive me. I am buying a taser. The next time I see one of you with a shirt that’s too small, your belly hanging over your pants and a rag on your head in public, someone is receiving voltage. I will set it to low so you won’t get hurt but someone has to stop this. There is a difference between a head wrap and a damn rag. If you just refuse to take a few minutes to comb your hair before you head out, do your kids a favor and leave them at home. There was a girl in Wal-Mart with a smedium sized yellow shirt and matching yellow rag on her head. If her two sons were tall enough to see over the steering wheel they would have left her in there.

I hope this doesn’t sound prejudice. I am just curious. We have thousands of migrant workers here in the city. I have no problem with that at all because we have too much work available and I don’t expect a bunch of Americans to show up all of a sudden to fill all those positions. The question I have is this. Where do they learn all these special skills. How did a 20 year old Mexican man who has spent two years trying to get established in America have time to learn how to wire an entire house? When they have the time to learn home elevation, plumbing, plus a/c and heating repair? How did the entire town learn to do drywall? I went to school in America my whole life and no one taught us shit. We need to send the brothers to Mexico for training so they can come back and find a job.

This is not an endorsement but the longer this presidential election goes along the more and more I am convinced that Barak Obama will be the next president. The man is truly special. How else can you explain a brother that can make a white woman cry, have a radical black pastor and not denounce him, call his white grandma a bigot and call Republicans bitter people who cling to guns, the bible and hate of others yet still be ahead or close in every poll. A man who can get away with this in American politics can surely get the Sunni and Shiite talking.

This video is dedicated to Big G for his graduation. How come we never got our full Wu Tang concert in New Orleans?

Cliff, you have always had a true gift for explaining shit. I really missed it. I'm glad I found your site.

The FBI did get that white councilman in St. Tammany for trying to make a buck off of Katrina debris pick-up. That said, I'm currently at a loss for more proof of the colorblindness of justice. lol