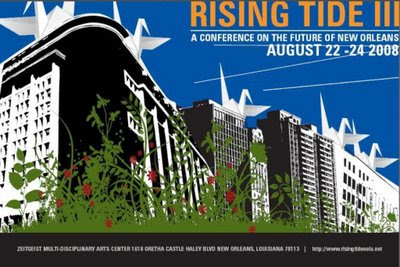 When I was first asked to be on the Education Panel at this year’s Rising Tide Conference I was honored. Then I remembered just how much I didn’t really like school and it was kind of funny. I would have never guessed in a million years that I would be on a panel about education. Out of all the years I ever went to any school I only enjoyed maybe one year’s worth of that. Nevertheless, I always went and did well. That was probably more of my parents doing than my own.

There will be some very informed people on this panel that know all the ins and outs of the inner workings of the school situation here. I won’t be dropping any statistics. Earlier today I started to do a little research beyond what I already know so I wouldn’t be sitting up there sounding stupid. Then I thought about it and realized that I don’t represent that part of the equation.

I am going to be representing those parents that are confused, concerned, angry, frustrated and hoping they made the right decision when it comes to where their child is going. I’m going to represent the hard working people who don’t want to have three jobs, or lie about their situation in order to be in a better situation. I’m going to represent three generations and the parent of a fourth generation of family to go to public schools in the city. That is important because there is no way anyone can reform the system and ignore the last 40 years. When it comes to local issues there is usually a divide between what is written by the experts and the media and what the people in the neighborhood think.

I’m coming to represent the neighborhood for the good and the bad.

Amen to that. We'll see you soon.

I am a parent of a child will be attending a public school for the first time this year. I have to admit, I was apprehensive and confused all at the same time. I think its wonderful you will be representing concerned parents on this panel. From what I know about you through your blogs, I know you will represent us well. T.

would love to see you there 'cause I know you're gonna be great. Do blog about the experience.

you were totally my hero on the panel today. it would have been a much less meaningful discussion without someone there to represent both parents and others who have been through the NO schools themselves. i think you truly brought much needed insight that even we teachers can't give from the inside.

Cliff, it was great to meet you finally. You were awesome on the panel.

Cliff - I was there and thought you were excellent. I'm a parent of two elementary school children attending Public Charter Schools in New Orleans. I have experience with both the International School of Louisiana and Lusher Elementary. Your perspectives as a parent were absolutely right on the money. You hit on all the points and issues that my wife and I grappled with (and continue to grapple with) all the time regarding the pre-Katrina and post-Katrina realities and evolution of the educational system in New Orleans. You did all us parents a great service yesterday expressing so forthrightly and honestly all the concerns I think we all share. Thanks.

"Comparing the state of New Jersey's education system to that of New Orleans is comparing apples and spaceships. Different histories, greater challenges."

The problem with the "plan" is that it ignores all the history and context around the school system and the results of long-term and historic disinvestment. It takes advantage of that historic distrust about the public school system as well in favor of a theory of public education.

And I'm not saying we need to be ignoring "outside" ideas. To the contrary, we should be incorporating them into a real forward-looking plan that recognizes the historical context and directly confronts the challenges that context presents. This "plan" does not do that.

(weird, a comment cut and paste caused a comment I put on WCBF to come in here. sorry)

I was glad to see you on the panel as well. It was interesting for me as a native coming from the other side of the divide in New Orleans. I grew up in Metry and attended an all-white Catholic grammar school (never found it odd until I was older) and a Catholic high school as well.

The idea of attending even a Jefferson Parish public school was simply out of the question for my parents. The same way you look askance at the RSD for your own daughter now. Interesting parallels.

And there is no doubt that my education gave me an advantage. When you spoke about freshman year at UNO and having never seen that material before, my first two years in College, I was covering material I was quite familiar with from High School.

Every kid in New Orleans deserves that kind of quality education. And I'm not talking about vouchers either. They deserve that kind of education from public schools in New Orleans be they charters or whatever. I'm just not sure that the current chaotic experiment in New Orleans is eventually going to get us there. But I still have lots of reading and listening to do.